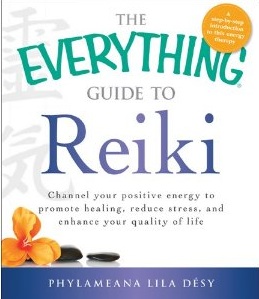 My Spiral Visions business officially closed in 2020. I took a sabbatical in 2017 and never looked back. This Web Site is now primarily an artifact of the past. It needs some housekeeping, and I'll be gradually working on this chore. Meanwhile, if you are interested at all in the life and writings of Phylameana lila Desy, please read on. Following is a biographical telling of how this site came to life in its early days and how it and my life progressed over the years. It might read much like an obituary, but no concern, I'm still alive and kicking! My life path has simply taken a different twist.

How it All Began

The idea of having Spiral Visions as my business moniker was birthed in my heart and mind several years before this Web Site made its debut in 1995. In the early eighties I was a single mother with three young children. I worked a typical 8 to 5 clerical job to put meals on the table and clothes on our backs. However, outside of the workplace I had other ambitions. On a personal level I experienced increasing clairvoyant tendencies. Sleep often did not come at night until my mind could settle down. As I lay in my darkened bedroom images would flash before me much like a projected slide show. A predominate image that appeared was the spiral symbol. I was also getting visitations from deceased relatives to give guidance and assurances.

The story of my life was underway and the spiritual realm was my escape from the mundane. Reading material that I began absorbing included works of Edgar Cayce, the Seth Material, tarot, palmistry and astrology. I was self-enrolled in a type of psychic school of my own making. New age and occult books were limited, unlike today. I wanted to embark on a career in the field of spiritual awakening but could not exactly imagine what that would look like for me. I began giving psychic readings in the evenings in my home. I had business cards printed with an alias name. My artistically talented son was in middle school at the time and kindly created the tiger depicted on the card. However, I wasn't ready to out myself to anyone beyond a very tight circle of trusted friends.

Later on I remarried and found myself financially supported by my new husband. He rewarded me with more time to devote to my spiritual leanings and endeavors. Bye-bye to my 8 to 5 work shifts. In 1994 I hungrily devoured astrology texts with little else deterring from my self-imposed schooling. A lost year in many ways... but my discipline to the task served as a catalyst. I was absorbing knowledge and gaining confidence. My husband introduced me to the World Wide Web in 1995 after he took a workshop on learning about computers. Soon I was addicted to the Web.

Breaking Out - Owning My Own Domain

I was ready to be seen out in the world. I was excited, but would encounter resistance occasionally. I had new Spiral Visions business cards printed up. The image depicted on the card was of a gypsy girl and my real name was visible for all to see this time. I claimed the spiralvisions domain and hung out my shingle. I bravely went to the bank to open up a business account. I needed the ability to begin accepting payments by credit card from clients at psychic fairs and over the Web for astrology services. My hometown bankers, who I thought I had a good relationship with, denied my request to open up a business account. My business plan was simply too woo-woo for them to be associated with. They made no bones about it. This was the same bank that I had used for years. I had initially obtained a home mortgage and a car loan with them as a single parent. Their denial didn't set well with me. Within a week my husband and I closed all accounts from that bank and drove across town to another banking institution that happily embraced us. Still banking with them to this day! 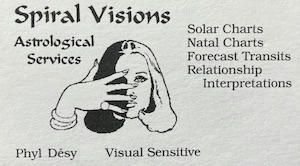 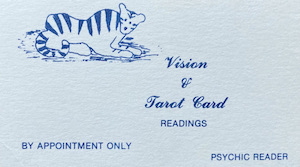 Psychic Network - In early days I networked to enlarge my web presence. I met up with individuals in an online psychic newsgroup. Names that come to mind are Julia, Holly, Alice, Susan, Grey Wolf, Wendy, Becky and so many others. I loved my online tribe. Holly, the original creator of the psychic newsgroup, referred me to the Mining Co. website in which I applied for and ultimately landed my primary freelance writing/web-publishing gig.

On My Home Turf - At home I had another tribe of supportive kindred spirits. They were Pat, Linda, Connie, Liz, Deb, Gail, Bill, and Ellen, to name the core group. Gail mentored me in my web publishing skills. Liz, a good friend, nudged me into the energy work arena where I could blend my psychic abilities with healing. This lead me to taking chakra balancing classes, working with flower essences, and learning Reiki.

Freelance Writers/Editors - The Mining Co. morphed into About.com where I had taken on the position of Holistic Healing editor/writer, one of hundreds of categories covered by freelance writers. My colleagues at About.com became another tribe I was a proud member of. About.com had a dominant presence on the Internet. The company had its share of growing pains and went though a few different changes in management. For a time it was owned by The New York Times. In the final year I freelanced for About.com, its content was moved to a new site, dotdash.com. I freelanced for About.com from 1997 through 2017. My copyrighted content, the articles that survived the transition, is currently accessible at Learn Religions.

1995 - Spiral Visions Web site debuted on the Internet using Web space that was allotted to me as an AOL client for a time prior to my registering the spiralvisions.com domain in 1996, I created my earliest Web pages with raw html coding and uploaded it on a dial-up connection. Slow! Slow! But I thought it was miraculous just the same.

I have often affectionately referred to myself as the "soul owner" of Spiral Visions. Spiral Visions feels so much more than simply a business endeavor. Truly a life path and a gypsy girl's journey. Ever since I stepped onto the end of the spiral I have been caught up in numerous uplifting experiences. I feel energetically connected to the spiral symbol as it keeps me focusing along a spiraling path that continually takes me inwards toward more insightful depths of my spiritual core. 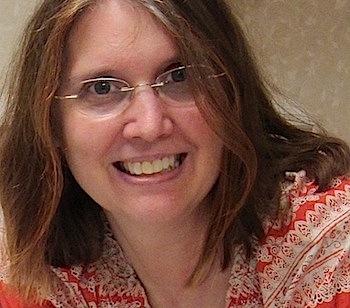 Phylameana lila Desy resides in Southeastern Iowa alongside the Mississippi River. Her interests are in personal well-being, spiritual growth, and natural health. Specifically, she is drawn to energy healing such as Reiki and vibrational medicine.

She is the author of The Everything Guide to Reiki (revised edition of previous publication titled The Everything Reiki Book). Her writing resume includes contributed content published in a variety of healing texts including: The Meditation Sourcebook, Living Well with Autoimmune Disease, and Sacred Stones. Her Chakracises were referenced in an article published in Body and Soul Magazine (March 2006).

Desy is certified in Usui Shiki Ryoho Reiki and The Science of Intuition from the Holos Institutes of Health. Served as writer/editor of the popular Holistic Healing website for About.com from 1997 to 2017. At About she passionately covered a wide variety of mind/body/spirit topics.